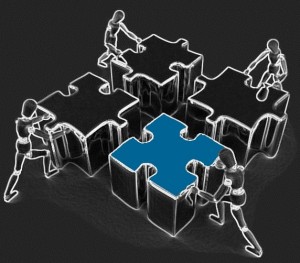 As from mid-2012, the Dutch parliament has expressed its interest in the use of the Netherlands in international tax planning structures by foreign (multinational) companies and is moving towards measures against so-called letterbox companies. Will the Netherlands remain an attractive location for multinationals?

Benefits of the Dutch tax regime
In general, the Netherlands has a favourable corporate tax regime, due to:

Access to the Dutch tax regime
Compared with the laws in many other EU countries, Dutch corporate law provides a flexible and liberal corporate framework for the incorporation of subsidiaries by (non-resident) companies. There are no special restrictions or specific substance requirements on foreign owned companies planning to start a business in the Netherlands, which facilitates easy access to the Dutch tax regime.

Recent developments
Dutch parliament is concerned about the development that the Netherlands would function as a kind of tax haven in international tax saving structures and therefore has announced to further investigate the possibility to take measures against so-called letterbox companies.

The Secretary of State, however, indicated that many countries have favourable tax regimes and is therefore not in favour of unilateral measures. Most importantly, many headquarters of internationally active companies are located in the Netherlands and provide a positive impact on the development of economic growth and employment.

It is expected that in June 2013, the Secretary of State will provide a further insight into his approach towards limiting the use of letterbox companies.

Moving towards economic substance
The OECD and European Union plead for taxation of companies on the basis of economic substance. If a company performs activities in a certain country, it should pay tax locally. This will have an impact on the current use of letterbox companies in the Netherlands (and other countries) and it is to be expected that in due time these letterbox companies will not remain in the Netherlands.

The Netherlands remain attractive
The Dutch tax regime is compliant with international standards set by the European Union and OECD. Even if taxation of companies who are internationally active is moving towards more economic substance, the Netherlands will remain an attractive location for multinationals, because:

•  Economic substance for all
Specific requirements imposed by the European Union or OECD will have an impact on many countries and on the international tax treaty regime in general and therefore not only on the Netherlands;

•  Open economy with focus on knowledge
The Netherlands provides multinationals with a highly-skilled work force, a stable economic and corporate legal climate and investment protection treaties. This will enable multinationals to expand their activities in the Netherlands towards a fully-fledged headquarter location;

•  Superior logistics and technology infrastructure
The Netherlands offers an ideal location from which to penetrate markets in Europe, the Middle East, the Far East, Africa and beyond. One of the largest seaports in the world (The Port of Rotterdam) as well as Schiphol Airport are regarded as major business hubs in Europe.

In addition, the beneficial Dutch tax regime with participation exemption, a cooperative Dutch Tax Authority and no withholding taxes on interest / royalties alongside the extensive tax treaty network, will ensure that the Netherlands will still play its role in international tax planning.

The TAX HUB team offers solid tax advisory services regarding the international (re)structuring of companies making use of the fiscal attractive regime for intermediate holding companies in the Netherlands.

It is our goal to realize growth for your company by providing you with insightful and clear solutions concerning corporate legal and tax law related matters in the Netherlands. We are committed to provide you with the best possible service at the highest quality and offer value for money.