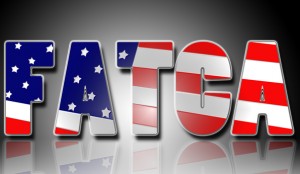 The EU Council agreed on the revision of the Directive on Administrative Cooperation (DAC), this means a step towards the adoption of a FATCA-like automatic exchange of information mechanism throughout the European Union.

The original draft contained provisions for a switch to automatic exchange, but was limited in terms of income and was conditional on the information being ‘available’. This was revised at a meeting of ECOFIN last October. The European Union Council adopted on 9 December 2014 a new Directive 2014/107/EU amending the Directive 2011/16/EU regarding mandatory automatic exchange of information in the field of taxation, in order to solve the problem posed by cross-border tax fraud and tax evasion, one of the major concerns in the EU and globally. The revised directive expands the scope of the automatic exchange of tax information to include interest, dividends, and other income as well as account balances and sales proceeds from financial assets. The deadline for Member States to adopt local legislation consistent with the revised Directive is 31 December 2015. Under the revised DAC, information related to fiscal years as from 1 January 2016 will be exchanged on an automatic basis between EU Member States as from 1 January 2017.

It should be noted that in respect of the following five categories of income:

- life insurance products not covered by other Directives;

- ownership of and income from immovable property,

the EU Member States start the automatic exchange of information, if available, regarding the taxable periods from 1 January 2014 onwards (i.e. the  first intended automatic exchange should take place in 2015). Additionally, DAC provides for the EU Commission to be the sole negotiator for any automatic information exchange of an EU Member State with non-EU countries. In the meantime, the EU Commission is working to bring third countries on board. The underlying idea is to skip the second version of the EU Savings Directive (which will be phased out) and conclude agreements on the basis of the new standards.

Similarities between DAC and CRS

For the moment, neither the CRS nor DAC are fully finalised in terms of detailand reporting methodology, which leaves FI’s that need to prepare for the increased reporting burden knowing that they need to take certain actions to be able to comply but enable to move forward with complete certainty on the parameters within they will be reporting.

Both under DAC and CRS, it will be necessary to carry out due diligence and reporting for all account holders resident in the different participating jurisdictions. A greater number of accounts are likely to fall within the scope of the exchange of information as there is no minimis threshold for pre-existing individual accounts under either CRS or DAC.

I don’t question the necessity for EU Member States to ensure that they collect all the tax revenues that are due to them. However, DAC raises some concerns for investors such as privacy and data protection and still unresolved issues like double  taxation of financial income (dividend in particular) within the EU.